Just a little summer portrait of the S2 today, while out getting groceries....🌝 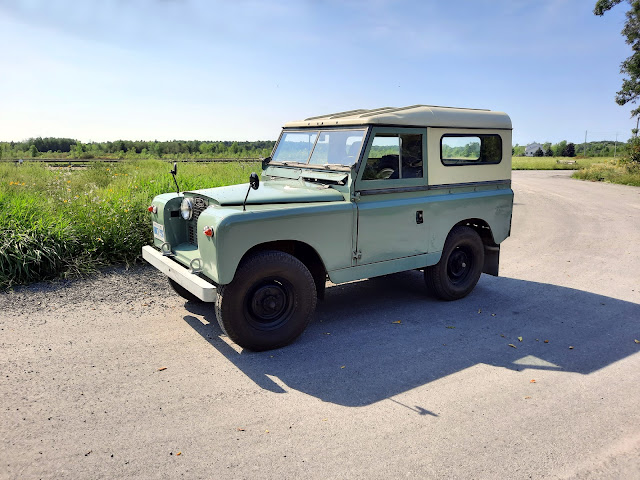 Went to lend a hand with friend Tony's 1962 project today, in his new location at 'Treetops'. Nice day for a 40 km drive and good to get out, especially as Covid meant a cut back on most activities this summer. 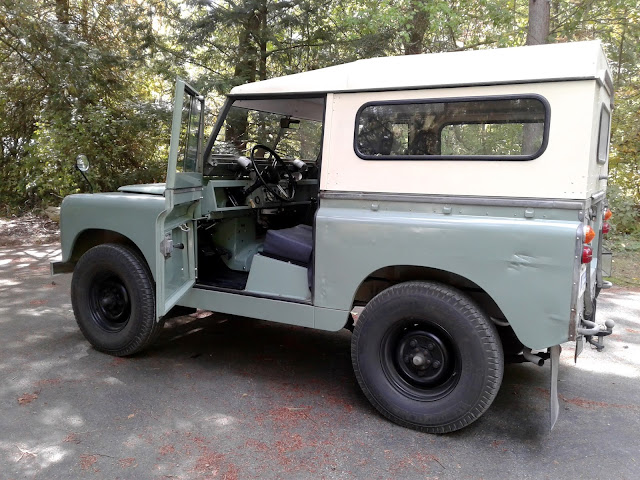 Tony's roof and tub in the background, waiting for their storage location. 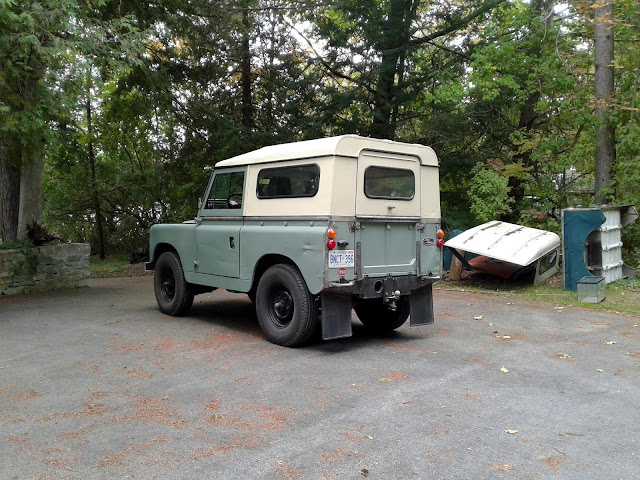 Always hard not to photograph these things! Tony snaps a pic. 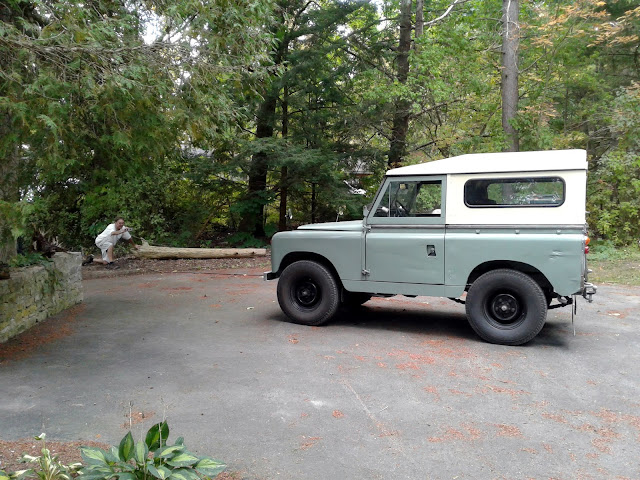 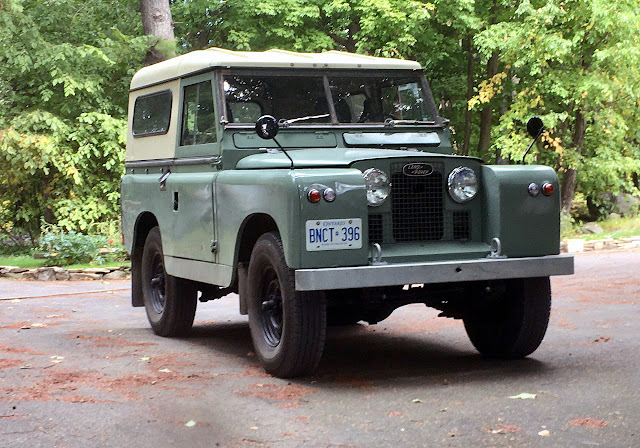 A little portrait taken this morning, to celebrate the fact that Land Rover is 60 years old today. Quite the run. I hope it's still giving as much pleasure 60 years from now. 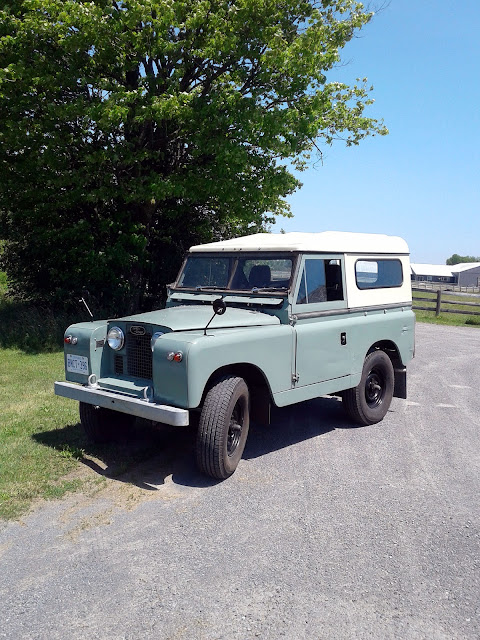 A little lunchtime drive to enjoy the winter wonderland today. 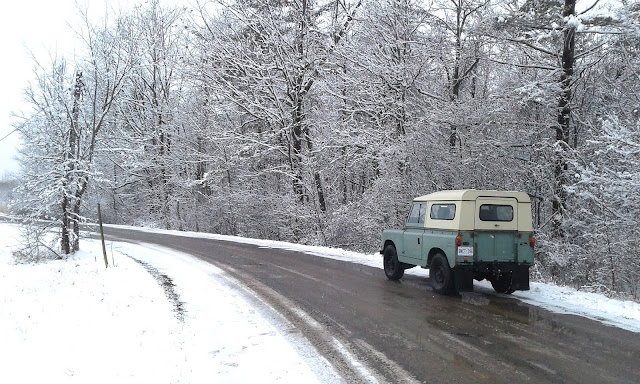 Taking full advantage of a cloudless, hot Summer day, we did yet another ice cream run to Gananoque. Approximately 40 km each way from our house; we (wife came along) met up with Joe at Husky again. A really nice way to spend a couple of hours. Met at 1:30 pm and were back at the house at 3:45 pm.

Note Joe's Defender in back ground. 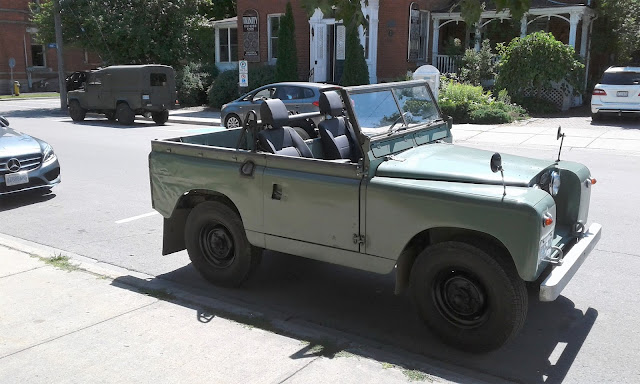 The Ice Cream Shop (otherwise known as Banana Splitz) is definitely popular on a day like this. 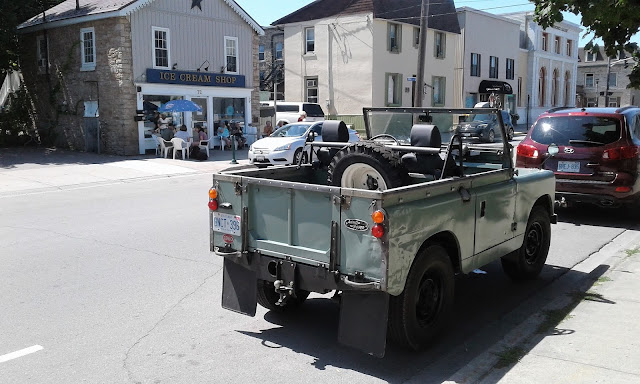 We did a little run from the truck stop at exit 632 on HWY 401 (near Kingston) to Gananoque via some country and back-country roads, with the objective of having some ice cream on a warm summer's evening. Organized by Joe (1987 military Defender owner), and with Tony (restoring a 1962 Series 2a) as passenger and self, we met up at 6:30 PM and were back at 8:30 PM, so the perfect distance and time for an after work run. Good ice cream in Gananoque, too!

Just some pics of the run, with a couple of stops for photos, kindly supplied by Tony. Will definitely do this again. 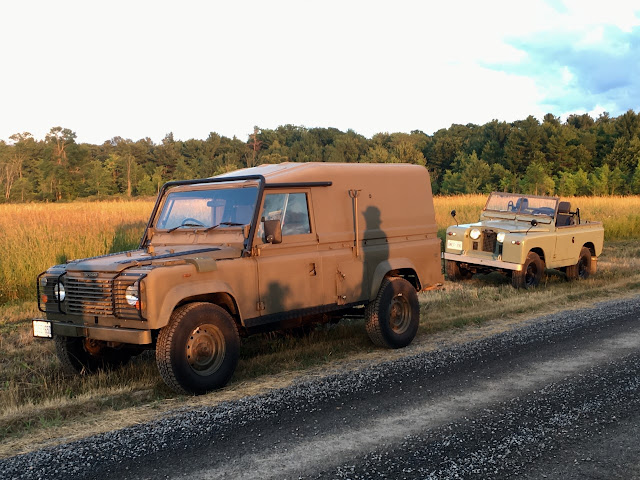 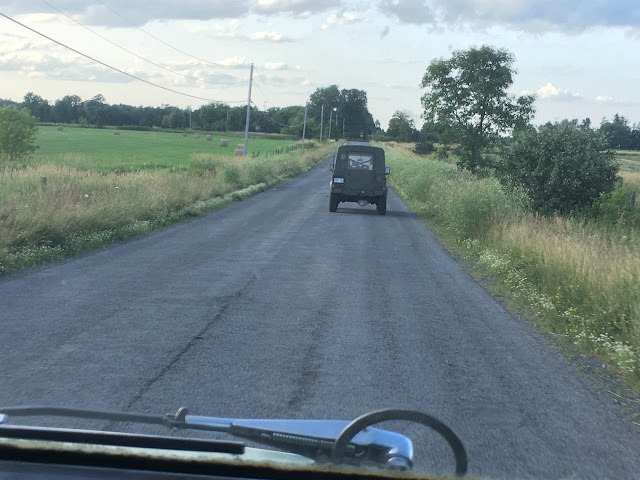 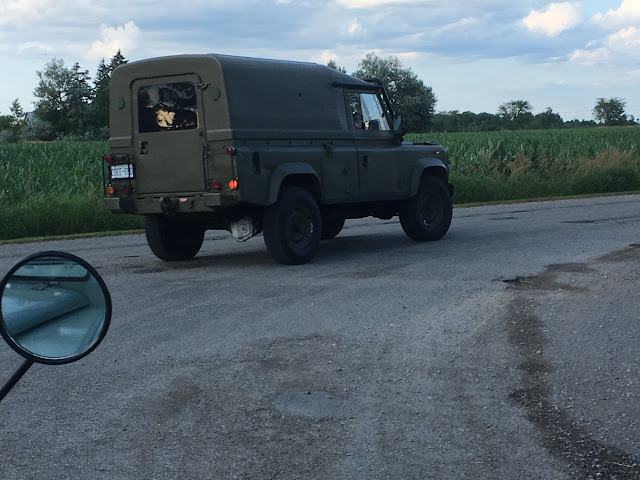 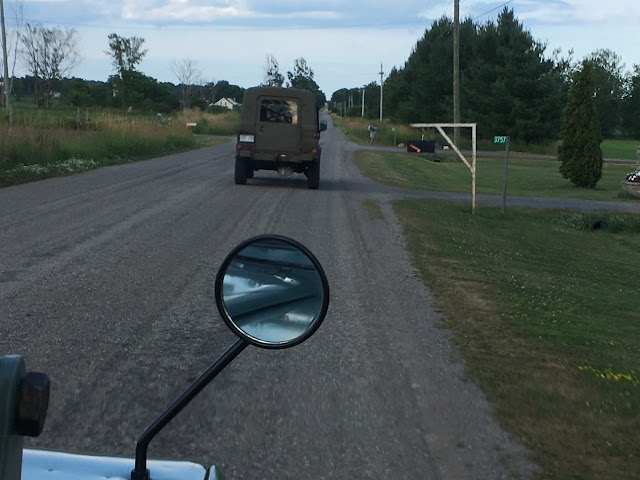 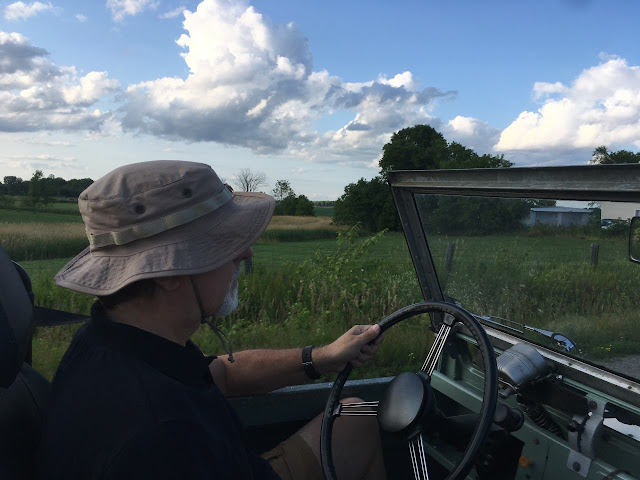 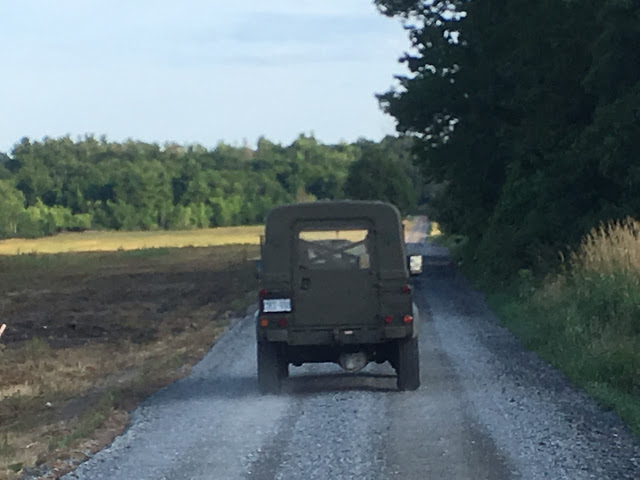 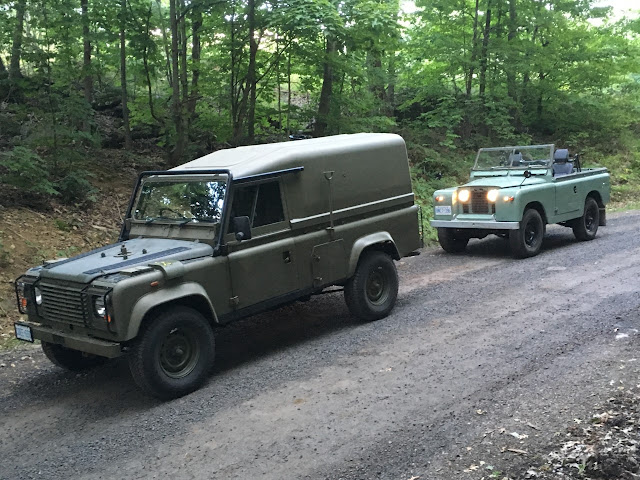 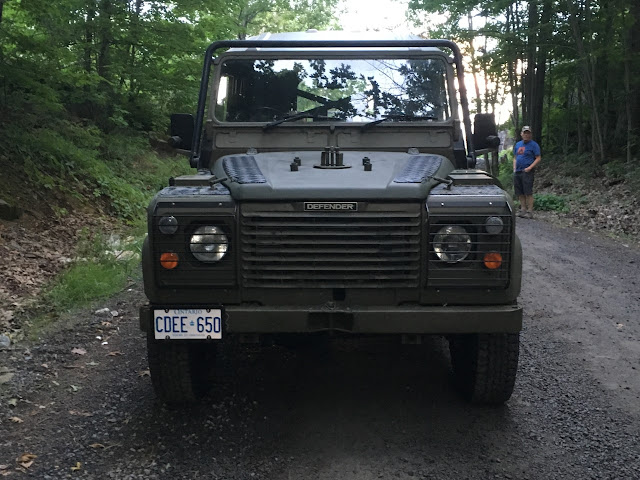 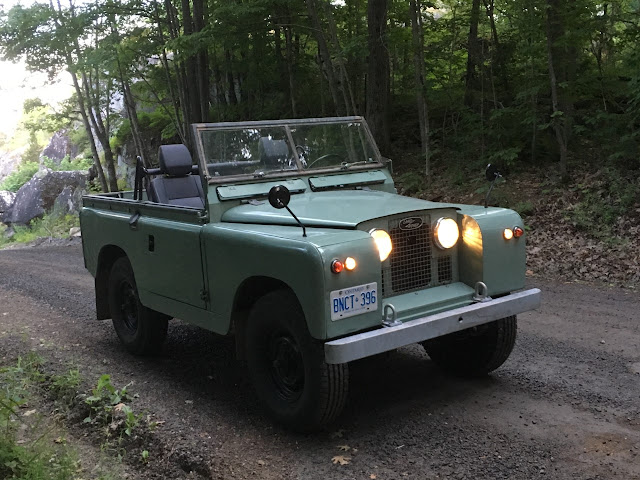 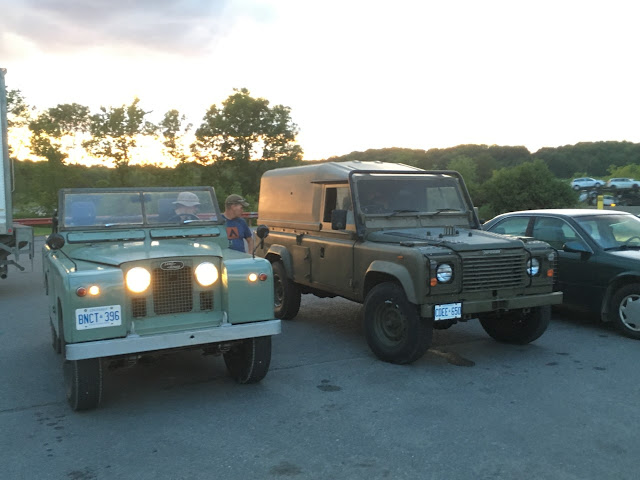 Again, not an important repair, but one I'd meaning to do ever since the restoration was initially completed.

Simple to do, the hardest part being what to do with the roof once it was detached. In my case, it was suspended from the garage ceiling using the same straps that are now holding up the complete hardtop, now that summer is finally here.

Below, the channel in which the seal resides, seen from inside the hard top. 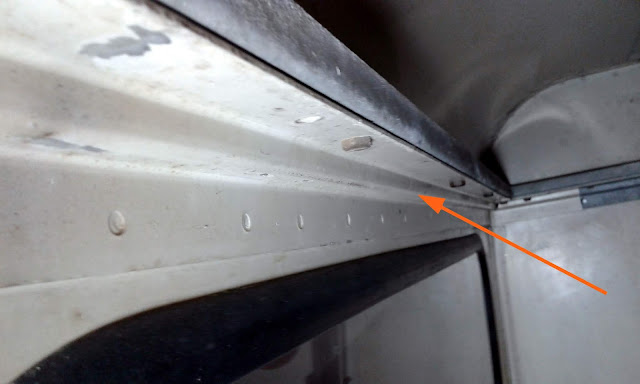 The replacement seal. The original appears to have been made of a spongy material, and glued in via the famous black glue. The new version just slots into the channel, but of course it can be glued if desired: 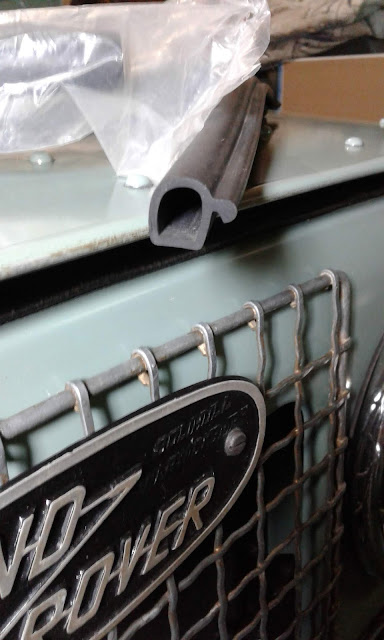 Side channel cleared out. The original seal came out in crumbly pieces: 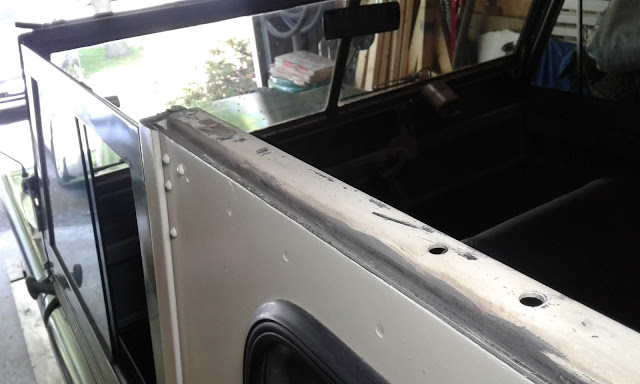 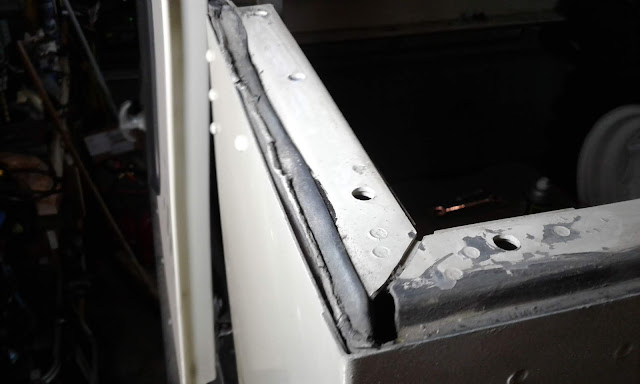 Remains of the infamous black glue: 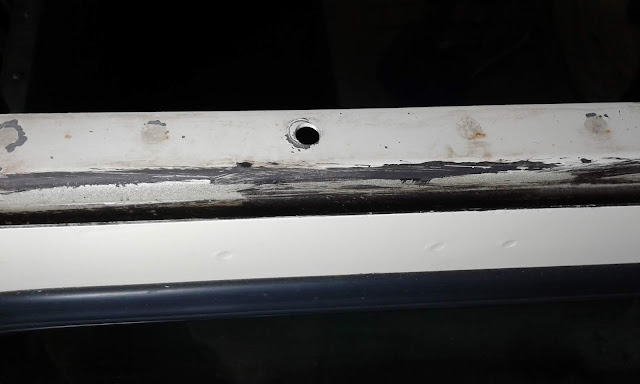 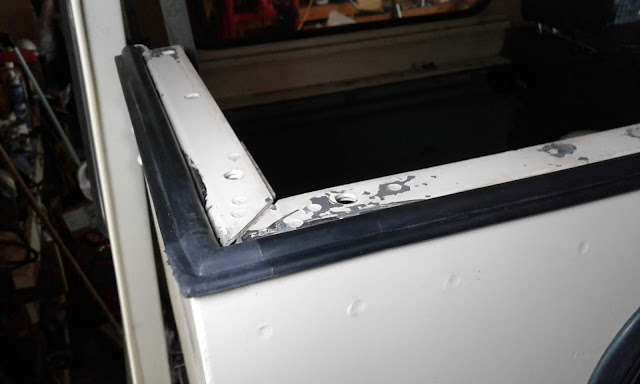 And job done. Length supplied is suitable for a 109/110, and so has to be trimmed. After this, just lowered the roof back onto the sides, re-attached everything, and then detached the hard top in its entirety and hauled it up to the garage ceiling. 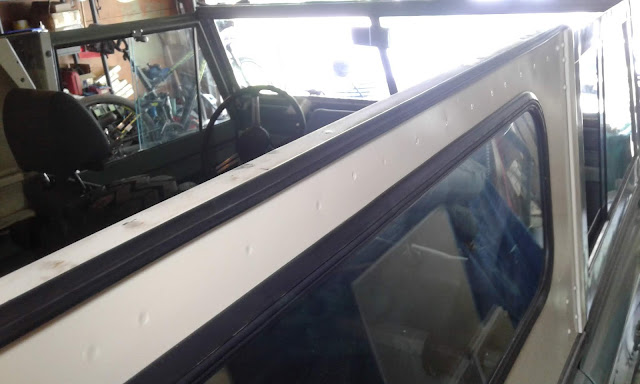 And then out for the first top-off drive of the summer! 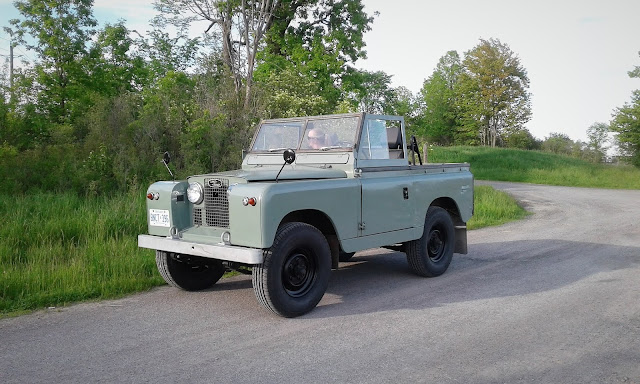